​Home Extension Project
For those looking to undertake an extension, I’d like to share our experience with employing Riki  Cunningham and his team to build our double storey wrap around extension.

Search for the right builder
Getting the right builder was the most important decision to realise our aims. The investment was  too big to not do so. Fortunately, we knew of Riki Cunningham, were able to see his finished work  and were invited to see his existing project in Hartland Avenue. To his credit he:
• had positive local references
• local expertise – e.g. a 1.5m foundation was a given in place of the standard 1m minimum due to our environment of many trees.
• treated each build as a project – less start-stop-start-stop issues prolonging timelines and  disruptions
• provided a comprehensive quote
​• owned completion of all work through to plaster finish
After reviewing our application that had been approved through planning a year earlier, he said we  didn’t need to leave the house during the build, as he could cordon off a section when necessary.

Advance booking and preparation
We didn’t want to go with an unknown, so secured Riki to do the work. We did this over a year in  advance. We needed the time to survive the lockdown (that was never certain) and he also needed time to source the right materials and make arrangements for his experts to be involved.
This included getting the right types of bricks (there were 2 types) along with having a stack of them  cut and reassembled at the right angles where needed (e.g. bay window).

Experts come to:
• measure angles of required bricks
• style of windows to match

There were long lead times on some of the bricks, while the right type of London Red brick he found  as the closest match had to be specially brought into MK for which he paid the haulage fee.

In preparation Riki was on hand to provide guidance so we had no blockers once the work started.

This included finding utility supplies underground, moving the electric meter, relocating plants and a  mature Japanese Maple, and making timely arrangements with building control.
Everyone of the trades people Riki lined up to do the internal work were high quality, efficient, friendly and knew each other well. The banter between them was light and humorous as each dissed the other trade and promoted their own. I learned it has taken time for Riki to build this team who do a lot of work for him and his dad Gary. Although they’re independent, the rapport Riki’s built with them and his fore planning resulted in a smooth transition from building the extension to progressing with the internal works.

Completion
Unbelievably, to time schedule and budget, the project finished as planned to align with our  arrangements for painting and decorating to proceed. During a tough period where supply lines  were affected and price hikes were evident, Riki absorbed some of the costs and we compromised in  areas to make savings too. Today we’re completing final stages of decorating and flooring a mere 3  months (to the day) since the work started. 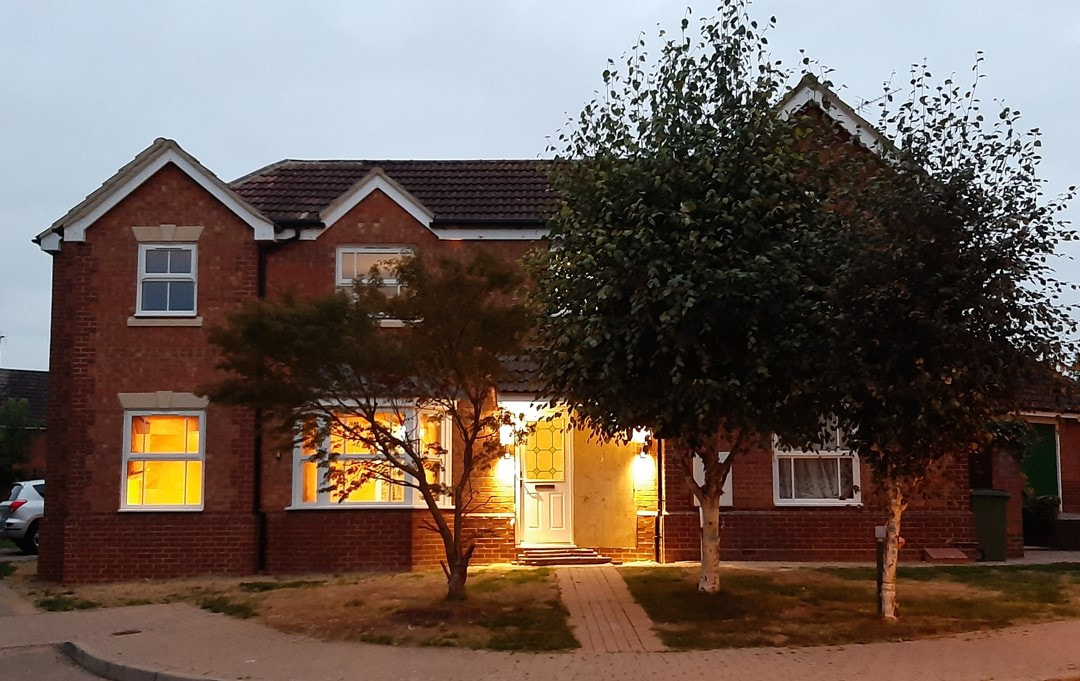 We have only good things to say about Riki, Ross and John, along with all the other teams who we  got to know very well. Certifications are coming in and final checks were passed by building control with exception of the front door which has been delayed – but that’ll soon be supplied and fitted by Crown (another supply chain issue).
We’re so glad to have employed Riki. His attention to detail, his team, regular updates, project  management and finishing were all commendable. Now we’re able to enjoy the dream he helped  build for us.
G Cunningham & Son
​
R Cunningham Construction Ltd T/A G Cunningham and Son Builders.
66 Ouse Bank Way Stony Stratford MK11 1LB
Tel. 01908 263554         Mob. 07921367571
Vat No. 251 520931            Company Reg No. 10363940